The Keeneland Fall meeting will feature some important turf events leading up to the Breeders' Cup not to mention a slew of competitive 'undercard' grass races. With the ability to search for sire data in the Betmix Angler handicapping software, we decided to investigate which sires' progeny have performed best for bettors in recent years.

Based on our findings the sons and daughters of The Factor and Artie Schiller bear particularly close watching. Like his grandsire (Danzig) and sire (War Front) The Factor was best in one-turn dirt races. And, like many from his sire-line, he's siring a lot of successful grass runners. From a small sample of 17 runners his progeny have won over 23% of their starts over the Keeneland lawn. Among them is the Wesley Ward-trained Bound For Nowhere, winner of the $19 winner of the Shakertown S. (G2) at the Keeneland Spring meeting.

As a Sadler's Wells grandson and winner of the Breeders' Cup Mile, Artie Schiller was always expected to sire good grass performers. Over 20% of his runners over the Keeneland turf have found the winner's circle. All but one of them has paid double-digits in doing so, leading to his spectacular $102.20 Win Return.

The charts below show the Keeneland turf figures for the Top 25 stallions on the North American General Sires List as of October 3. 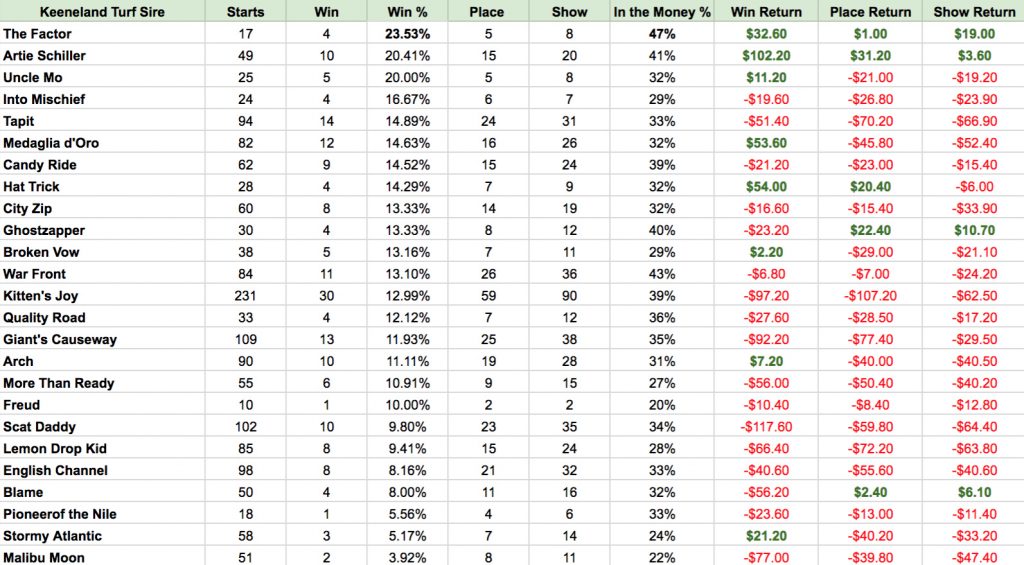 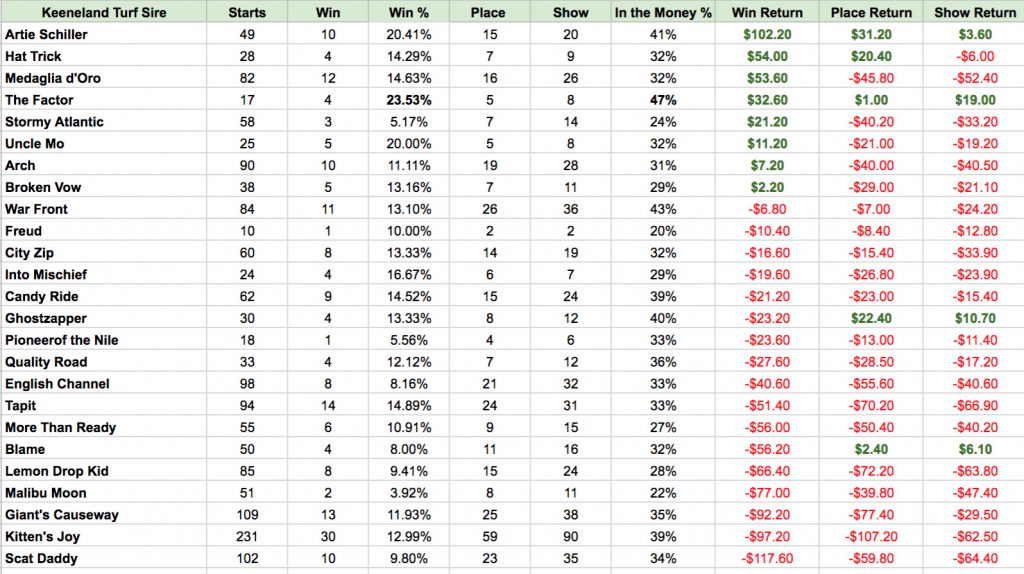