There have been a little over 500 North American races for juveniles going 8 furlongs or longer in 2018. Pedigree can be a prime factor in determining which horses are likely to excel when released from sprint compeition. Luckily the Betmix Angler handicapping software provides Betmix handicappers the option of analyzing sire performance.

Juveniles by the great Ashford Stud stallion Uncle Mo should definitely be given a long look when stretching out. His progeny have won at a strong 27% clip in 2018 posting positive returns across the board.

The first crop sire Cairo Prince, based at Airdrie Stud, is another to watch when his sons & daughters get added distance. He's tied with Kitten's Joy with 65 2YO distance starts, an indication that trainer's feel comfortable sending his progeny long. Five of his 11 2YO distance winners have paid double digits, including Silent Surprise who lived up to her name with a $50-1 victory in an 8.5F turf Maiden Special contest at the Keeneland Fall meeting.

WinStar Farm's Paynter is another whose Win Return figure got a big boost this autumn at Keenelend when his juvenile son Knicks Go sprang the 70-1 upset in the Breeders' Futurity. He has six other 2YO distance winners in 2018, all but one also paying double digits. So longshot players might want to be on the look out as the sons and daughters of the 2012 Haskell Inv. (G1) winner/Belmont Stakes (G1) runner-up stretch out. 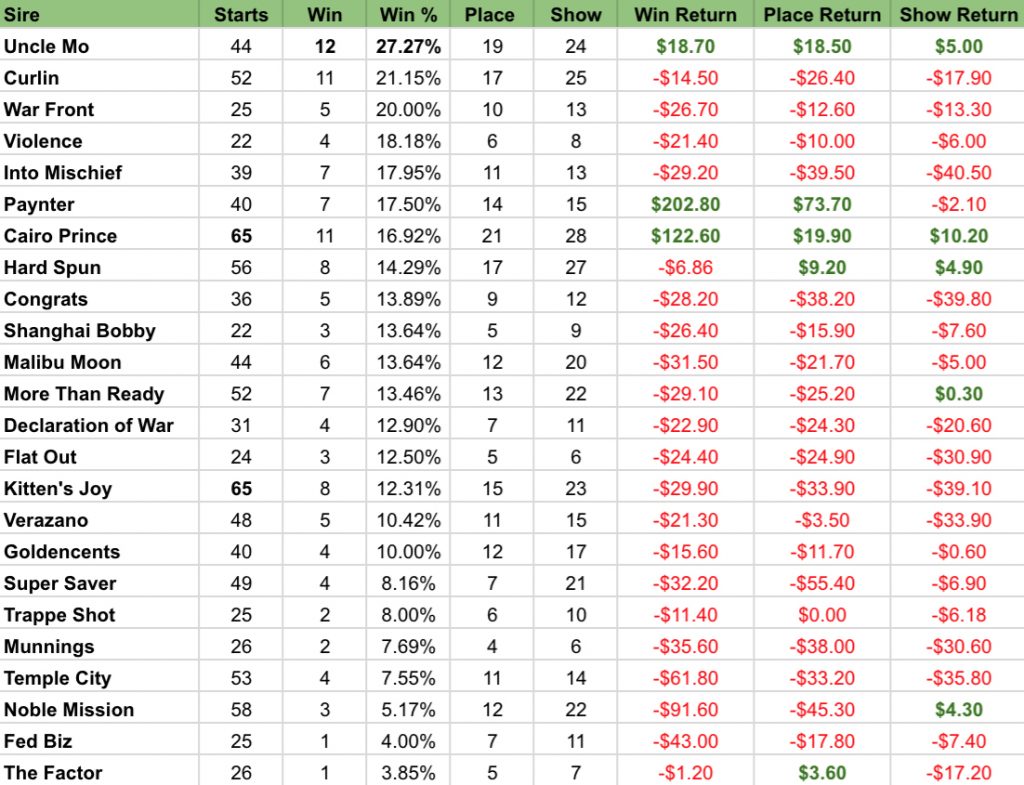 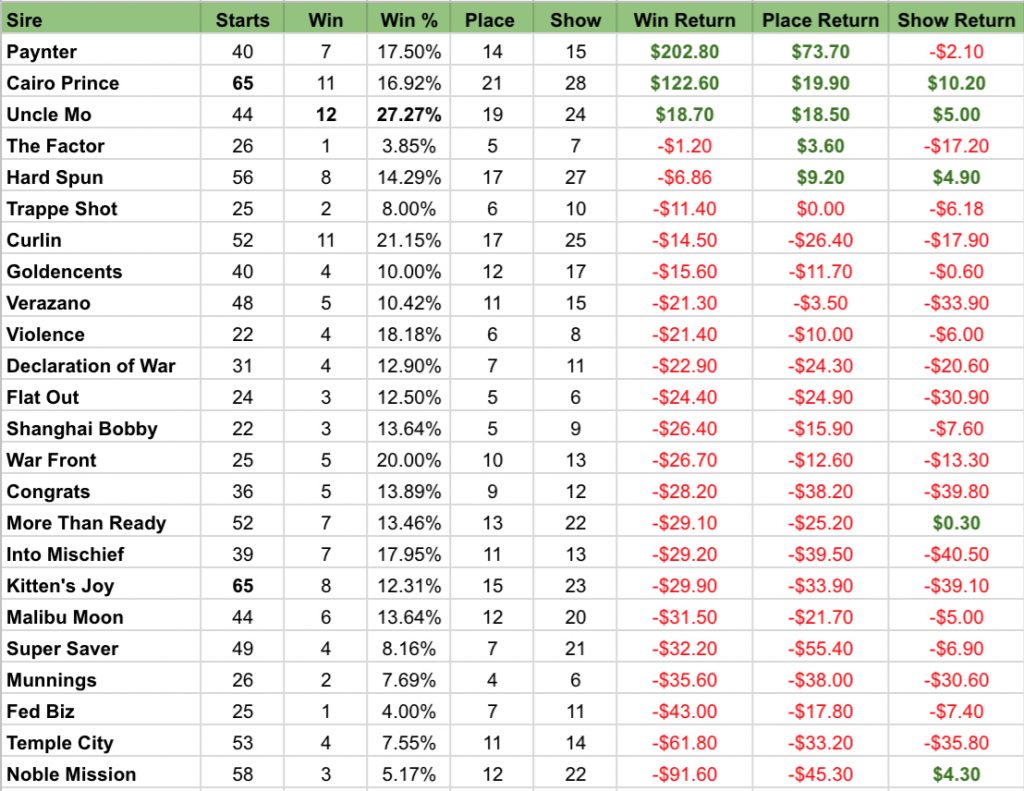