In recent posts we've been highlighting some of the powerful pedigree data that can be mined within the Betmix Angler handicapping software. This time we take a look at some of the most successful sprint sires of 2017. We started with the top Top 20 sires by 2017 North American earnings and then used Angler to gather sprint race figures for those 20 sires.

Medaglia d'Oro is next in line with a 17.86% win rate and he's the only sire in this sample with a positive $2 Win ROI. That number is buoyed by $135 Breeders' Cup Filly & Mare Sprint upsetter Bar of Gold, but his sprint runners also won at an higher clip than his general runner population in 2017. 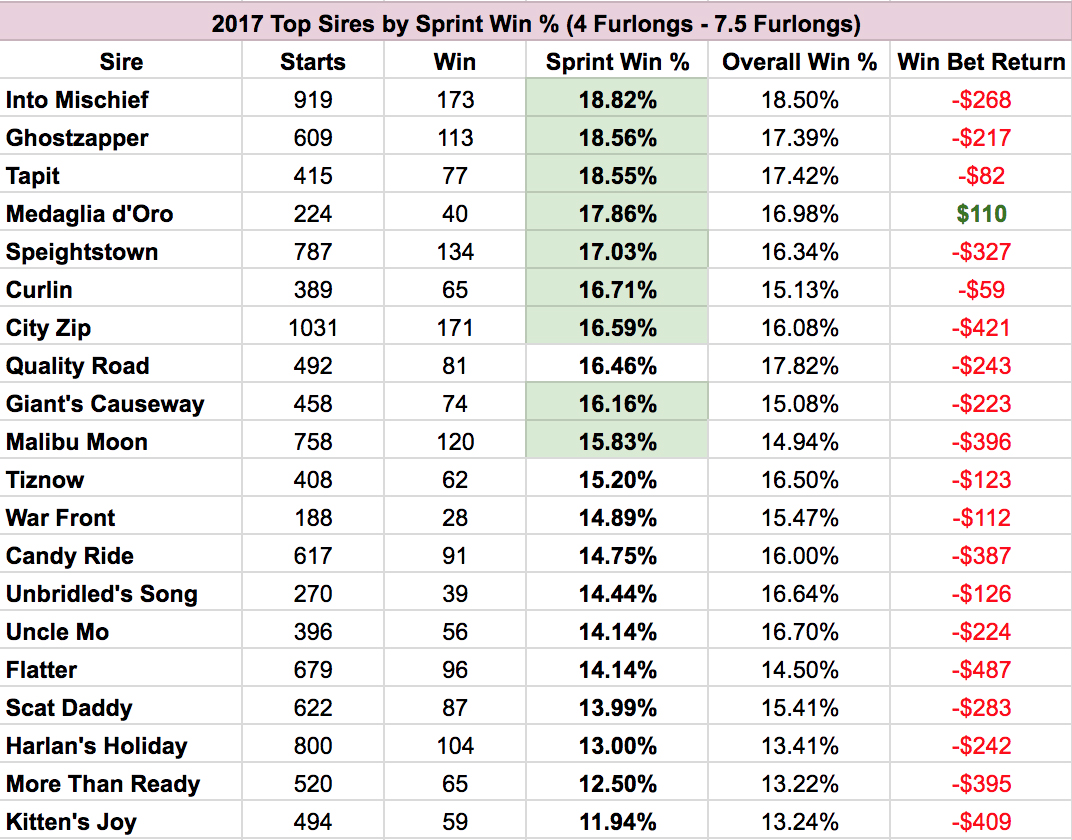